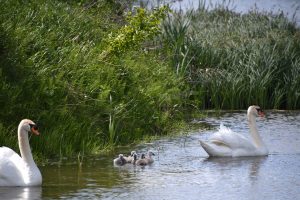 The 16th annual meeting of the SWS Europe chapter, entitled “Connecting wetlands functioning and biodiversity: Towards nature-based solutions”, was a rousing success. Held as a virtual meeting due to the global situation, the conference was hosted by Patrick Grillas and the Tour du Valat from June 15-17, 2021. Special thanks to the SWS business office, and especially Suzanna Hogenborn (AMPED), who helped set up the Zoom meeting and was always available in case of any trouble. Because of the time difference of seven hours, this meant that Suzanna had to be at the office quite early in the morning to make sure everything was going smoothly. We greatly appreciate the work and effort that Suzanna put into this. Likewise, chapter President Matthew Simpson ran the meeting, making sure that the presentations went off smoothly and on time. Matt did a lot of work in this and greatly deserves a large amount of thanks as well. Great job to both Suzanna and Matt!!!

There were 108 registered participants from 23 countries, mostly from Europe but also including the US, Tunisia and Morocco. A total of 20 oral presentations and 6 plenary talks were given over the three afternoons of the conference, with two plenary talks each day. On day 1, Thomas Galewski (Tour du Valat, France) spoke about the biodiversity, overall state and restoration of Mediterranean wetlands. He was followed by Liesbeth Bakker (Netherlands Institute of Ecology, The Netherlands) who gave an interesting overview of wetland rewilding activities as an extension of normal wetland restoration, with focuses on nature-based solutions and as a means of mitigating climate change. For the second day, Tobias Salathé (Ramsar Secretariat, Switzerland) talked about the need for encouraging young scientists and for all wetland scientists to engage in more practical aspects of their work. Gillian Davies (BSC Group, Massachusetts, USA) then gave a succinct summary of the Declaration of the Rights of Wetlands. The plenary speakers on Day 3 were Chris Joyce (Brighton University, UK) and Dominik Zak (Aarhus University, Denmark), long-time active members of our chapter and recipients of the SWS 40th anniversary awards. Chris gave a good summary of wet grasslands, focusing on their great diversity and the multiple functions and services they provide, while Dominik talked about the use of wetlands, especially restored wetlands in agricultural settings, to trap nutrient exports from farm fields.

On each day, the plenary talks were followed by 6-7 oral presentations, a majority of these by students. An aim of the meeting was to encourage presentations by students and young scientists, with an added incentive of a prize for the best student presentation. A very encouraging outcome of the meeting was the high level of all the presentations, thus it was difficult to choose a best one. But choose we did. This year’s winner was Stijn den Haan (Lund University, Sweden), who gave a very stimulating talk about the strategies used in previous wetland restoration projects to involve community members, in that local community support is deemed necessary to increase the chance for a successful restoration. The talk by Renske J.E. Vroom (Radboud University, The Netherlands), about methane emissions via ebullition from fish ponds in Brazil, took second place while Maria Cuenca-Cambronero (Universitat de Vic-Universitat Central de Catalunya, Spain) garnered third place honors with a clear and insightful summary of the new Ponderful project. Congratulations to Stijn, Renske and Maria!! And job well done to all the other student presenters!

At the beginning of day 2, we held a very special event commemorating the designation of Lake Ohrid, North Macedonia as a new Ramsar Wetland of International Importance. Our chapter, especially past-President Jos Verhoeven, played an important role in helping this come about. Jos and the chapter worked with local organizers, including Ohrid SOS and chapter members Nadezda Apostolova and Dr. Slavcho Hristovski, as well as Dragana Velkovska and others in North Macedonia, to help stop a tourist development planned for Studenchiste Wetland, the last intact wetland on the shores of Lake Ohrid, and to aid in the application process to include Lake Ohrid as a Ramsar site. Holding our 2018 annual meeting in Ohrid not only gave support to Ohrid SOS and other local organizers but gave us a very clear picture of the wonders of Lake Ohrid. That our efforts helped to bring about such a positive outcome is very encouraging and uplifting. Now on to the next such project!