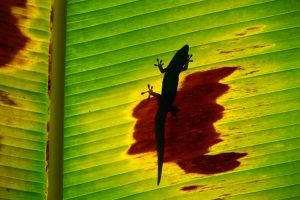 SWS' Royal Gardner and his team of attorneys, as well as many of our members and members of our aquatic society partners, played a role in preparation of an amici brief cited earlier this year in the U.S. Supreme Court's opinion in County of Maui v. Hawai'i Wildlife Fund. On April 23, 2020, SCOTUS ruled 6-3 that the Clean Water Act (CWA) covers the functional equivalent of direct discharges of pollutants to navigable waters.

The amici brief was cited by Justice Breyer, who wrote the opinion for the majority, "Virtually all water, polluted or not, eventually makes its way to navigable water. This is just as true for groundwater. See generally 2 Van Nostrand's Scientific Encyclopedia 2600 (10th ed. 2008) (defining "Hydrology"). Given the power of modern science, the Ninth Circuit's limitation, "fairly traceable," may well allow EPA to assert permitting authority over the release of pollutants that reach navigable waters many years after their release (say, from a well or pipe or compost heap) and in highly diluted forms. See, e.g., Brief for Aquatic Scientists et al. as Amici Curiae 13–28."

Steph Tai, a member of Royal's legal team, was recently interviewed for the PBS NOVA podcast Science in the Courtroom: Click here to listen. The discussion on the Maui case and the brief begins about 14:30. Our work is clearly making a difference!