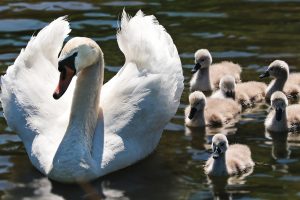 Read the recent article on Politico.

"EPA's rewritten Waters of the U.S. rule gets its first big day in court today with a hearing before a federal judge in San Francisco on blue states' request for a preliminary injunction — marking the first of several challenges working their way through the district courts. The 18-state coalition has challenged the Trump administration's rule, known as the Navigable Waters Protection rule, warning of imminent and irreparable harm if the rule takes effect as it's slated to on June 22. Both parties make their arguments virtually via Zoom."

"In this corner: The Democratic states are backed by water groups like the Society of Wetland Scientists and the Society for Freshwater Science research, as well as the Institute for Policy Integrity. Twenty-three Republican state attorneys general intervened to support the Trump administration, along with a pair of Idaho landowners represented by the Pacific Legal Foundation, and business groups including the American Farm Bureau Federation, the National Association of Homebuilders and the Chamber of Commerce."

"The hearing is before U.S. District Judge Richard Seeborg, an Obama appointee, who has ruled against the Trump administration in several other high-profile cases, including its 'remain in Mexico' immigration policy and its move to add a citizenship question to the 2020 Census. Seeborg last week asked both parties to weigh in on staying the effective date of the rule and whether it would have any effect on the considerations for a nationwide injunction."

"Plaintiffs said that either a stay or a nationwide preliminary injunction is necessary ahead of the rules' effective date, arguing that allowing the rule to take effect with respect to all but the states and cities in this case 'risks entrenching unlawful policies that will become more difficult or costly to replace and unwind later' if plaintiffs ultimately prevail in vacating the rule. The Justice Department argued that plaintiffs failed to demonstrate irreparable harm and thus should not be granted the preliminary injunction at all, and 'certainly' should not receive a nationwide injunction."