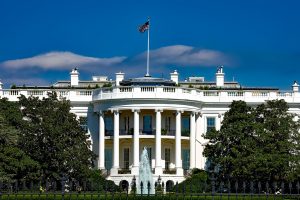 On Monday, the Society of Wetland Scientists filed an amicus curiae brief in the U.S. District Court for the Southern District of New York to emphasize the importance of science in agency rulemakings. Several states and organizations have filed suit against the Trump administration for the suspension of the Clean Water Rule. The SWS brief asserts that the U.S. Environmental Protection Agency and U.S. Army Corps of Engineers must consider the scientific basis of the 2015 Clean Water Rule before suspending it. Read the full brief.

The Clean Water Rule was designed to protect the streams and wetlands on which Americans' health and economy depend. The U.S. Environmental Protection Agency and U.S. Army Corps of Engineers are now considering repealing that rule. While no repeal has been finalized, the agencies added an "applicability date" to the Clean Water Rule in February of 2018, suspending it for two years.

Professor Royal Gardner and attorney Erin Okuno from the Institute for Biodiversity Law and Policy at Stetson University College of Law, along with a team of attorneys including Dr. Steph Tai, Kathleen Gardner, and Christopher Greer, wrote the brief on SWS's behalf.

"Every aspect of the Clean Water Act's implementation requires the use of science," said Stetson Law Professor Royal Gardner. "When the agencies disregard science, their judgments deserve no deference."

"The ongoing attempt, if successful, by the EPA and USACE to undermine the scientific basis of the Clean Water Act, specifically to restrict the definition of what is a water of the United States, would have a significant impact on the future of wetlands in the US. SWS will do everything in its power to ensure that science not politics will continue to be the foundation for American wetland regulations and policies," said Arnold van der Valk, President, SWS.

In accordance with the SWS Mission, Vision, and Strategic Plan, SWS works to "promote sound science in wetland policy and stewardship" and to promote "science-based management and sustainability of wetlands." SWS has taken many steps over a number of years to support the Clean Water Rule since its inception, as the Clean Water Rule is based on the best available science, including an analysis of over 1,200 peer-reviewed scientific publications.

Learn more about the amicus curiae brief and the Clean Water Rule Suspension Case by listening to Monday's interview with Professor Royal Gardner and SWS Immediate Past President Gillian Davies on Tampa Bay radio station WMNF or by reading the InsideEPA article.