The Second Warning to Humanity and Wetlands 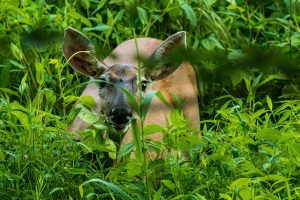 Introduction
Ripple et al. (2017) have issued a “Second Warning to Humanity” on the 25th anniversary of the “World Scientists Warning to Humanity” that was issued by the Union of Concerned Scientists (1992). The 1992 warning came from 1700 independent scientists who asked us to take action to curtail the environmental degradation that was all too obvious and which would have dire outcomes for humankind. They warned that we were on a collision course with nature. Their warning included the declining availability of fresh water, destruction of biodiversity, ocean dead zones, and climate change – all issues of concern to wetland researchers, managers and decision-makers. The warning provided by Ripple et al (2017) builds on the initiative of the Union of Concerned Scientists and provides an updated call for further and urgent action.

Ripple et al. (2017) report that “with the exception of stabilizing the stratospheric ozone layer, humanity has failed to make sufficient progress in generally solving these foreseen environmental challenges, and alarmingly, most of them are getting far worse”. They raised concerns about the “current trajectory of potentially catastrophic climate change due to rising GHGs from burning fossil fuels”. We are well aware that many wetlands are vulnerable to the consequences of climate change (Middleton and Souter 2016). They also pointed to the unleashing of “a mass extinction event, the sixth in roughly 540 million years, wherein many current life forms could be annihilated or at least committed to extinction by the end of this century. Wetlands are part of this – the Millennium Ecosystem (2005) reported on the appalling loss of wetland biodiversity; a situation that has been confirmed by more recent analyses (Davidson et al. 2014; Gardner et al. 2015).
Further, this decline has occurred in the face of 25 years of policy development and consensus decisions through the Ramsar Convention on Wetlands, which brings into question the value of such processes (Finlayson 2012). There is also doubt that the Convention will be able to adequately respond to the impending consequences of climate change (Finlayson et al. 2017). More accurately, there is doubt that the contracting parties (countries) to the Convention who make the decisions and are responsible for their implementation will be able to respond adequately unless there is a rapid and major turnaround in policy and practice. Additionally, a number of countries have implemented wetland protection at various levels of government, with mixed results. Calls to stop and reverse the loss of wetlands, such as made in the Mediterranean (Hollis et al. 1992) have not been heeded. In the United States, the goal of “no net loss” of wetlands continues to elude us, and the wetlands that do remain often face continued degradation (Dahl 2011). Our changing climate further exacerbates existing stressors on wetlands (Middleton and Souter 2016).

Wetlands and the Second Warning
The need to address the existing causes of wetland loss and degradation has been recognised by the wetland research community, as expressed through many publications, as summarised in global assessments, such as the Millennium Ecosystem Assessment (2005), as well as a diversity of wetland laws and policies (Finlayson and Gardner 2016; Bonells 2016). However, wetland loss and degradation has not been stopped, let alone reversed. Given that calls to stop and reverse this loss and degradation were instrumental in developing the Ramsar Convention, it is obvious that something more is needed. The Second Warning to Humanity provides another call and also a template to highlight the particular issues for wetlands. The steps recommended in the Second Warning (Ripple et al. 2017) have been paraphrased in the text below with a particular emphasis on wetlands:

(a) prioritize the enactment of connected well-funded and well-managed reserves for a significant proportion of the world’s wetlands, being aware that while approximately 18.6% of the global wetland area of 12.1 million km2 (Davidson et al. 2018) is now contained within sites listed as Wetlands of International Importance (and known as Ramsar sites) under the Ramsar Convention a systematic appraisal of the management effectiveness at these sites is not available;

(b) maintain the ecosystem services provided by wetlands by halting their conversion to other land uses, thereby reducing or eliminating the loss of many of these services that have been shown to incredibly important for people, and include the supply of food, fresh water, storm regulation and coastal protection, as well as cultural and spiritual benefits (Millennium Ecosystem Assessment 2005);

(c) restore native wetland plant communities at landscape scales, being aware that the high rates of wetland loss and degradation over centuries have led to changes in the distribution of many species as well as the introduction of invasive alien species that have changed the ecological functioning of many wetlands (Finlayson 2009).

(d) re-wild wetlands with native species, especially apex predators, to restore ecological processes and dynamics, noting that such measures, to be successful, need careful planning and engagement with local communities in order to reduce conflicts between such animals and people (Law et al. 2017).

(e) develop and adopt adequate wetland policies at local, provincial and national levels to reduce the loss of native animals, poaching and over fishing, and the ongoing exploitation and unregulated trade of threatened species (Finlayson and Gardner 2016; Bonells 2016).

Ripple et al. (2017) make further recommendations about the social and economic drivers of biodiversity loss which apply generically across different ecosystem types and which have largely been included in wetland assessments. However, it is argued that given the results on the ground these recommendations have not yet been sufficient to make the difference that is required if these valuable ecosystems are to be maintained or restored for the betterment of humankind.

The Second Warning and the Society of Wetland Scientists
With the knowledge that we have about wetlands and their importance for people through the multiple ecosystem services that they provide from protecting urban areas from storm surges and flooding, providing water supply during drought, protecting water quality, providing nurseries for many valuable ocean species, to sequestering greenhouse gases from the atmosphere, there seems little rhyme or reason for the continuing loss and degradation of wetlands despite existing laws, treaties and policies. The warnings have been made and have been repeated. With more than 15,000 signatories to the Second Warning and the formation of an Alliance of World Scientists concerned about global climate and environmental trends there are opportunities for more responses, including from scientists who are well placed to assist with the development of practical solutions and to communicate with the public and decision makers at all levels. This includes addressing the science and understanding the importance of climate change for wetlands.

The Society of Wetland Scientists took a step to inform its membership about the issues of climate change and wetlands at its June 5-8, 2017 Annual Meeting in San Juan, Puerto Rico by issuing the San Juan Statement on Climate Change and Wetlands. This raised the importance of policy decisions, including at an international level, for mitigating climate change and supporting resiliency to the climate changes that are already underway. It also requested wetland managers and scientists to share the statement and support local to global efforts to combat climate change for the betterment of humankind.

This may seem a small step in light of the weight attached to the ongoing inter-governmental negotiations and decisions undertaken through the UN Framework Convention for Climate Change and the Ramsar Convention for Wetlands, among others, but as raised in the Second Warning to Humanity, it is important that we share and communicate our views on critical environmental issues, as well as inform decision-makers. With this in mind, you may want to share the San Juan Statement with your colleagues as well as add your name to the Second Warning statement, if you haven’t done so already. In these ways, we can offer our support to each other as we strive to collect relevant information and inform policy and decision-makers about the need to take immediate steps to address the key issues that are faced by wetlands (and other ecosystems) globally, and to support the continued provision of ecosystem services that provide many benefits to many people.

SOCIETY OF WETLAND SCIENTISTS SAN JUAN STATEMENT ON CLIMATE CHANGE AND WETLANDS
The following participants at the Society of Wetland Scientists 2017 Annual Meeting encourage(s) policy makers in all countries to continue their collaborative efforts to develop and implement international policies, such as the Paris Climate Agreement, to mitigate global climate change and, in so doing: