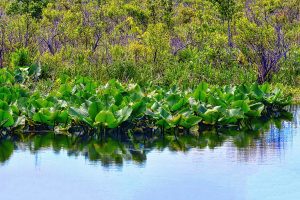 In June, the EPA and the U.S. Army Corps of Engineers announced the proposed repeal of the 2015 Clean Water Rule in anticipation of replacing it with a narrower definition of "Waters of the U.S." or "WOTUS." The EPA and the Army Corps of Engineers are currently soliciting recommendations for this new definition, the second step in the rulemaking process.

SWS joined with several science societies in opposition to a new, narrower definition of WOTUS based on Justice Antonin Scalia's plurality opinion in Rapanos v. United States, 547 U.S. 715 (2006). This definition would include only those relatively permanent, standing or continuously flowing bodies of water and only those wetlands with a continuous surface connection to bodies that are 'waters of the United States' in their own right. Additionally, it must be hard to distinguish the boundary between the primary water and the wetland that has the continuous surface connection between the primary water and the wetland, in order for the wetland to be jurisdictional. The societies believe such a definition is unsupported by the peer-reviewed science and that the proposed redefinition of WOTUS based on Justice Scalia's opinion would make it impossible to achieve the objective of the Clean Water Act (CWA), which is, "to restore and maintain the chemical, physical, and biological integrity of the Nation's waters."

SWS fully supports the 2015 rule, and along with 11 other scientific societies, representing nearly 200,000 members, urged the agencies to include headwaters, tributaries and wetlands with a significant nexus to primary waters in any new definition of WOTUS even if they do not exhibit a continuous surface connection to primary waters. Read the Societies' comment letter. Excluding these waters poses a significant threat to the integrity and security of our drinking water, public health, fisheries, and wildlife habitat, while significantly increasing the risks and costs associated with flood and storm damage.

It's not too late to let the agencies know the impacts to aquatic resources from repealing and replacing the WOTUS rule with a narrower definition.

Written recommendations must be received on or before November 28, 2017. Submit your recommendations, identified by Docket ID No. EPA-HQ-OW-2017-0480.