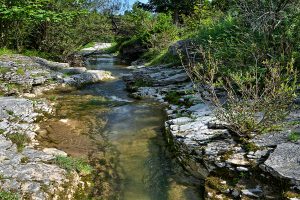 On behalf of our nearly 200,000 members, the undersigned science societies respectfully submit the following comments in response to your solicitation regarding the proposed rule, Definition of “Waters of the United States” - Pre-proposal Outreach Comments, EPA-HQ-OW-2017-0480, published in the Federal Register on August 28, 2017. The undersigned societies are science-based organizations with diverse areas of expertise in the ecological, hydrologic and biological sciences. Our members work in the private sector, academia, and various tribal, state and federal agencies. We support wetland and aquatic resource research, education, restoration and sustainable management, and foster sound science. Thus, we promote science-based policy-making for the benefit of aquatic resources and the goods and services these resources supply in support of the health and economy of local communities.

We fully support the definition of “Waters of the United States” (WOTUS) in the 2015 Clean Water Rule: Definition of Waters of the United States as promulgated by the agencies in 80 FR 37054, June 29, 2015 (2015 CWR). We strongly oppose the repeal of the 2015 CWR rule and vehemently object to a definition of WOTUS based on Justice Antonin Scalia’s plurality opinion in Rapanos v. United States, 547 U.S. 715 (2006). In Rapanos, Justice Scalia asserted that the “only plausible interpretation [of WOTUS] includes only those relatively permanent, standing or continuously flowing bodies of water ‘forming geographic features’ that are described in ordinary parlance as ‘streams[,] … oceans, rivers, [and] lakes’ [and] only those wetlands with a continuous surface connection to bodies  that are ‘waters of the United States’ in their own right, so that there is no clear demarcation between ‘waters’ and wetlands, are ‘adjacent to’ such waters and covered by the Act.”(Justice Scalia Opinion). Continue reading.